Hard to believe it, but are still some people out there that are afraid to eat Pop Rocks candy or will never eat them with a serving of Coca Cola. If you are one of those people, then fear not, we wrote this article especially for you. Years after the rumors have gone, the classic retro candy treat lives on.

Pop Rocks, the carbonated popping candy, was accidentally invented by chemist William A. Mitchell while working for the General Foods Corporation in 1956. While trying to develop an instant carbonated soda, he created the popular treat by mixing sugar, lactose, corn syrup, dye and artificial flavoring. The ingredients are heated, allowed to melt, and then carbonized. Bubbles form as the mixture is cooled. As you eat the candy, the bubbles burst, creating the signature popping sensation.

Introduced to the market in 1975, the candy made quite an entry. The Pop Rocks company soon made a hotline to reassure parents that their child was not going to choke, and another rumor swirled around about little Mikey from the Life cereal commercials, who was reported to have died due to a stomach explosion after eating the candy and drinking soda. Paranoia and fear grew so astounding that the candy was briefly discontinued in the 1980s, but it came back strong. The rumor was completely false and the former child actor who was in the commercials, John Gilchrist, is alive and well.

If you have been craving the truly unique Pop Rocks candy experience, but were too scared, Don’t Fear the Fizz any longer! They have found their way back onto the candy scene; however, due to the explosion in candy variety available today, they can still be hard to find. With their resurgence has come a wide variety of flavors, such as blue raspberry, watermelon, fruit punch, bubble gum, strawberry and occasionally the classic cherry flavor. They are even available in sugar free!  You can also get your hands on a bag of Pop Rocks Dips, which come with a lollipop to dip into the popping candy. There are even Chocolate covered Pop Rocks and ones that foam as well as fizz. Now, you just can’t beat that for good, clean, old-fashioned fun!

Here at Bulk Candy Store, we offer a variety of classic and new Pop Rocks Products, including bubble gum, tropical punch, and even cotton candy! 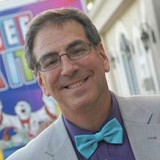 I am one of the owners of Bulk Candy Store, a true omnichannel candy store. We have a retail store in West Palm Beach, FL., a website at bulkcandystore.com and state fairs and festivals across the U.S.